Tutorial #2: Using a Macro Lens on a DSLR

In this tutorial, we’ll explore a couple of ways to use an interchangeable-lens camera with a macro lens.

Continuing the theme of “playing with matches”, here is the image that we’ll be making. It covers an area that is a little less than 25 mm wide and about 35 mm deep. 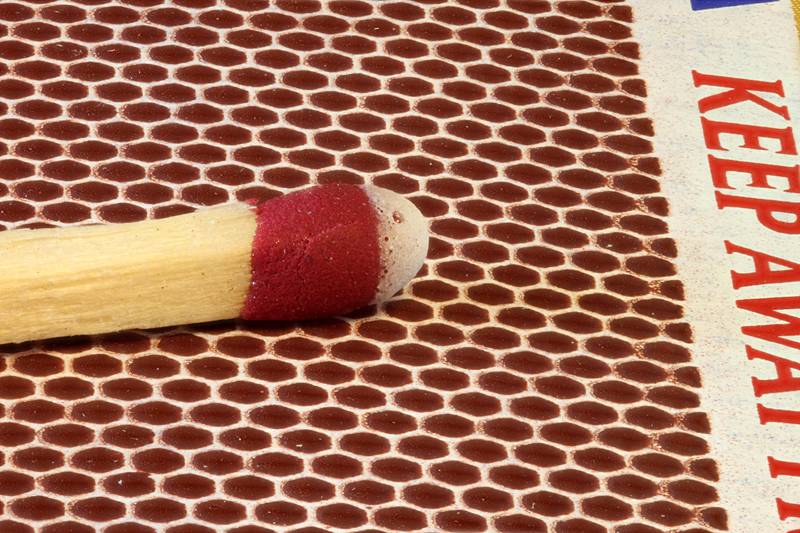 Here is our first setup. Again, notice that it’s not very sophisticated. 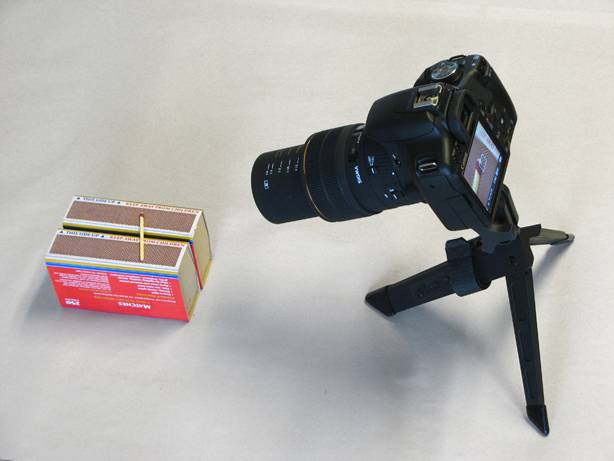 Figure 2. Setup for method #1 — focusing by turning the lens ring

That’s a Canon T1i camera, with an old Sigma 105 mm f/2.8 macro lens stuck on the front of it, the whole lot supported with a desktop mini-tripod. It’s really not very stable. So to compensate, we sent the spouse and kids to play somewhere else, and used the camera’s self-timer to give 10 seconds delay after pressing the shutter release. That was enough time for vibrations to die down so we got sharp pictures.

For this tutorial, we decided to stop down to a setting of f/16. At this 1:1 magnification, that gives an “effective aperture” of f/32, which is about as far as we can stop down and still end up with an acceptably sharp image. (There’s an optical effect called “diffraction” that makes images get fuzzy when you stop down too far. For more information, see this Cambridge in Colour tutorial. The archives of www.photomacrography.net also have quite a bit of information on this topic.)

With this setup, by far the easiest way to focus is by turning the big ring on the lens. That ring is really intended to set magnification, but it changes focus also, and that’s the function we need.

Here are the front and rear frames in our stack. 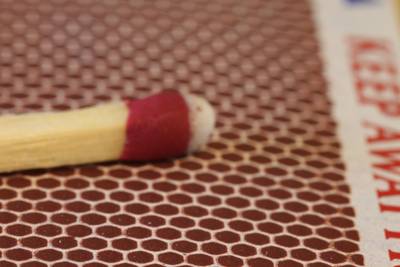 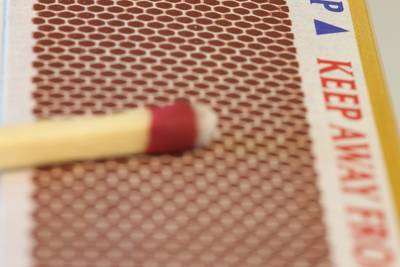 Notice that the rear frame covers a much larger area than the front frame.

It also has quite different perspective. That’s because with this lens, when we turn the big ring on the outside of the lens things move inside the lens in such a way that it effectively moves forward and backward quite a bit. With other lenses, especially models that don't change length as you change focus, the change in perspective may be much less than we see here.

You might anticipate that changes in perspective and magnification would cause problems for the stacking software. But actually it works fine, as long as the DOF per frame is pretty shallow and you provide enough input frames for the software to “understand” the stack. The image in Figure 1 is exactly what gets produced from a stack of 28 frames that start and end with what’s shown in Figure 3.

The reason this works is that Zerene Stacker can figure out by looking at the images how they should line up. This allows it to automatically correct for typical variations in scale and position that are caused by refocusing.

In this example, we turned the lens ring by hand. However, with many cameras and lenses it's easy to tether the camera to a computer and let software control the auto-focus motor inside the lens to step focus. This is described in other tutorials. Using the motor usually provides more precise stepping than doing it by hand.

Method #2 — Focusing by Moving the Camera or Subject

You can also shoot a stack by leaving the lens at some fixed focus, and just changing the distance between camera and subject. The easiest way to do this is with a device called a “focus rail” or “focus slide” that fastens between a tripod and the camera. Here is the setup we’ll use: 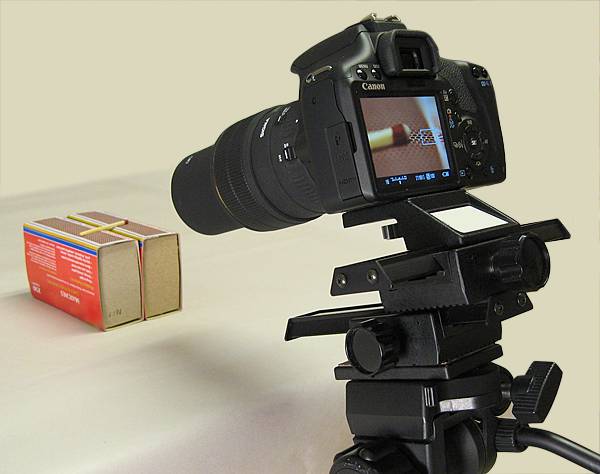 Figure 4. Setup for method #2 — focusing by moving the camera

In this case, focus stepping is accomplished by rotating the knob on the side of the focus slide. This allows moving the camera smoothly in a straight line by amounts down to roughly 0.5 mm.

Here are the front and rear frames in the stack from this method: 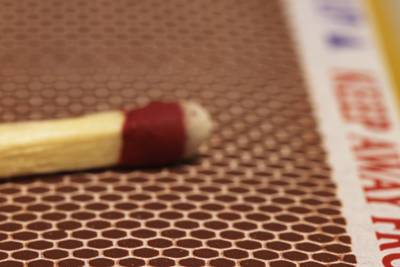 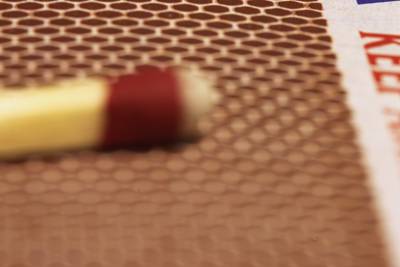 Figure 5. Front and rear frames from focusing by moving the camera

When we process this second stack, we get the following result: 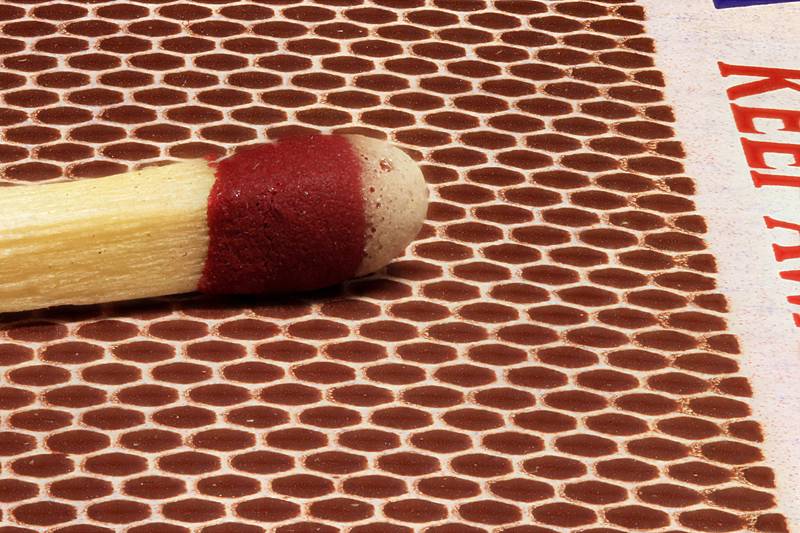 When focusing by rail, there will be changes in magnification and perspective with all lenses. Changes in magnification can be completely corrected by Zerene Stacker, but changes in perspective result in apparent movement that may give artifacts in the result. See HERE for more discussion on this point. For critical work, it's better to focus by ring and to choose a lens model that does not change length as it focuses.

Summary: Use either method but be sure to check framing

As we saw above, the output images from both methods come out well. There's an important message in that fact.

For small subjects like this, it doesn’t matter much how you step focus, as long as:
1) you step along the direction that the lens is pointing, and
2) everything you care about ends up in the final image.

It is surprisingly easy to go wrong on point 2. This is because the final image contains only areas of the subject that are seen in all of the source images. It is easy to accidentally frame too tightly at either the front or rear of the stack, so that portions of your subject get cut off in the stacked result.

But when you focus using method #1, the relationships are reversed. To see this, consider Figure 3 and notice that the front frame covers a smaller area. So in this case, you need to be sure that everything you care about is included when you’re focused at the front of the stack.

If you’re like us, then probably you’ll find it difficult to keep straight whether to pay attention to the front or the rear, based on the focusing method that you happen to be using at the moment. So we have a simple recommendation: don’t try to do that. Instead, just keep in mind that one end of the stack will cover a smaller area than the other end. Check the framing at both ends, and be sure that everything you care about is visible inside a comfortable border.

Summary: Be sure to check framing at both ends of the stack. Focus by adjusting the lens ring if you can make fine enough steps.